With the big “New Year’s Resolution” season about to start, I started to think about the importance of goal setting. New Years for gyms is like Valentine’s Day for card stores. Without special days, it would be tough for those industries to be profitable. Unfortunately for fitness fans, the New Year’s resolutions are rarely accomplished.

Before I owned my own place, I used to go to a large local gym. I was one of the “regulars” that knew the workers’ names and would talk shop with some of the other regulars. I went on the same days, the same time, for the better part of five years (minus being away for some college).
All the regulars seemed to agree that the worst time of year was January. That’s when the gym was flooded with new people. The treadmills and ellipticals were packed and the squat rack turned into the curl rack. Oddly enough, there was rarely any increased traffic at the pull-up bars, the dumbbells, the bench, and the power rack (must take too long to adjust the pins for curls).
Reflecting back on it, I didn’t resent the increased traffic because it was more crowded. I certainly did not mind the people getting on the treadmills and attempting to lose weight either. The thing that bothered me the most was the lack of commitment of the new crowd.
You could almost tell by their gym mannerisms that they were going to quit at any time. Someone would be walking on the treadmill for a few minutes, get a cell phone call, answer it and leave. Someone else would come with a couple of friends, talk while sitting at some machines then take off. You could almost predict when they would stop coming.
Now I don’t want to over generalize and say everyone that comes in with a New Year’s resolution quits, but it is the majority. There was a new gentleman that came in with the New Year’s crowd that must have weighed around 350 lbs at 5 foot 6 inches tall. This man stuck with it for my last two years at that gym, and I bet he is probably still working hard. Five days a week he would be chugging away on the treadmill and sweating profusely (or as my brother who sweats a lot would say, he made a lot of “hard work puddles.”) There were few people that I respected more at that gym than this gentleman. He made a commitment and stuck with it.
I had not been to this gym in awhile, but I went back to talk to the owner about the New Year’s crowd. He told me that their membership enrollment in January is greater than all the other months combined. Gyms like to advertise lower yearly rates (as opposed to lower monthly rates) during January to get people to pay for the full year, knowing that most of them will drop out in the first month. At that particular gym, between 65-80% of the new January members do not swipe their membership cards in after February.
According to Jeff Barge, Welch Media contributor, only 45% of Americans even bothered setting goals in 2004, down from 88% in previous years. Jeff adds that, “According to our study, only 8% of Americans say they always achieve their New Year’s resolutions. The way it seems to work now, setting a New Year’s Resolution is a recipe for defeat. It has come to be one of the nation’s most masochistic traditions — almost rivaling Halloween in that respect.”

With all those dismal statistics and stories there is still hope. There are a few recommended methods to help set goals and stick with them. These methods can benefit us all, not just the people looking to get started training. I have been working out for many years, and you will still find my goal list attached to the refrigerator. When I accomplish something, I cross it out and add another goal. Without further ado, here are goal setting methods for the New Year: 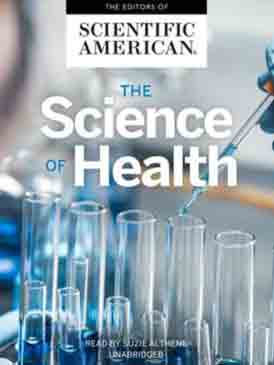